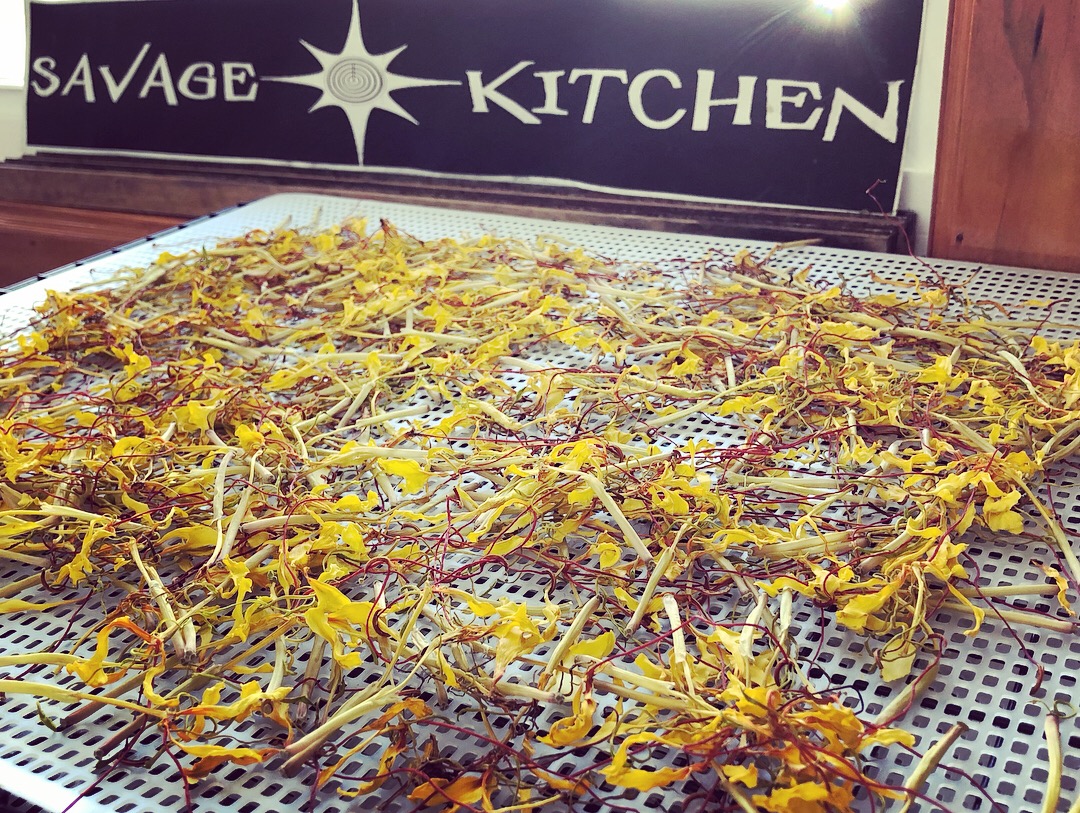 Although the Ginger (Zingiberaceae) Family is generally safe, info is sparse on kāhili  (Hedychium gardnerianum) as an edible. Although not expressed directly in any literature, I determined through inference and experimental practice, that yes kāhili ginger flowers, flower buds, rhizomes, and new shoots are edible in small amounts.

We know that H. gardnerianum is considered to be a folk medicine of the people of Sikkim state in the Indian Himalayas [1]. There is evidence that H. gardnerianum was used as a ginger substitute in New Zealand during World War II food rationing [2]. We also know that H. gardnerianum does not seem to have any strong toxicities in humans, dogs, cats, or horses [3] and that it is highly palatable to livestock [2] and used in ruminant feeding in some areas [4]. All of the evidence seems to indicate that uses of H. gardnerianum for both aroma and as a flavor/spice for ingestion are safe. It is always wise to start with a small amount when trying a food for the first time. 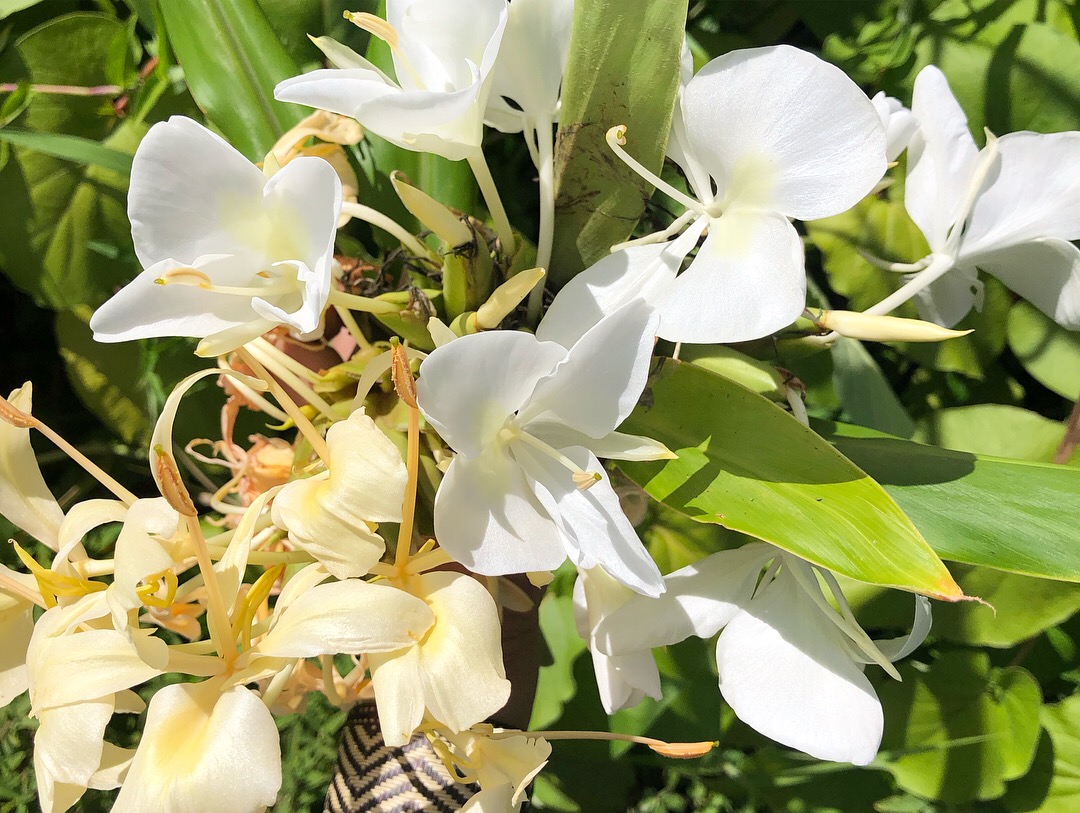 White butterfly ginger (H. coronarium) is edible: its rhizomes are known to be eaten in India [5,6], and although it is described as a famine food, this assessment need not apply if new or creative edible uses of the plant can be found. Its flowers and flower buds are edible and can be used like a vegetable as well. 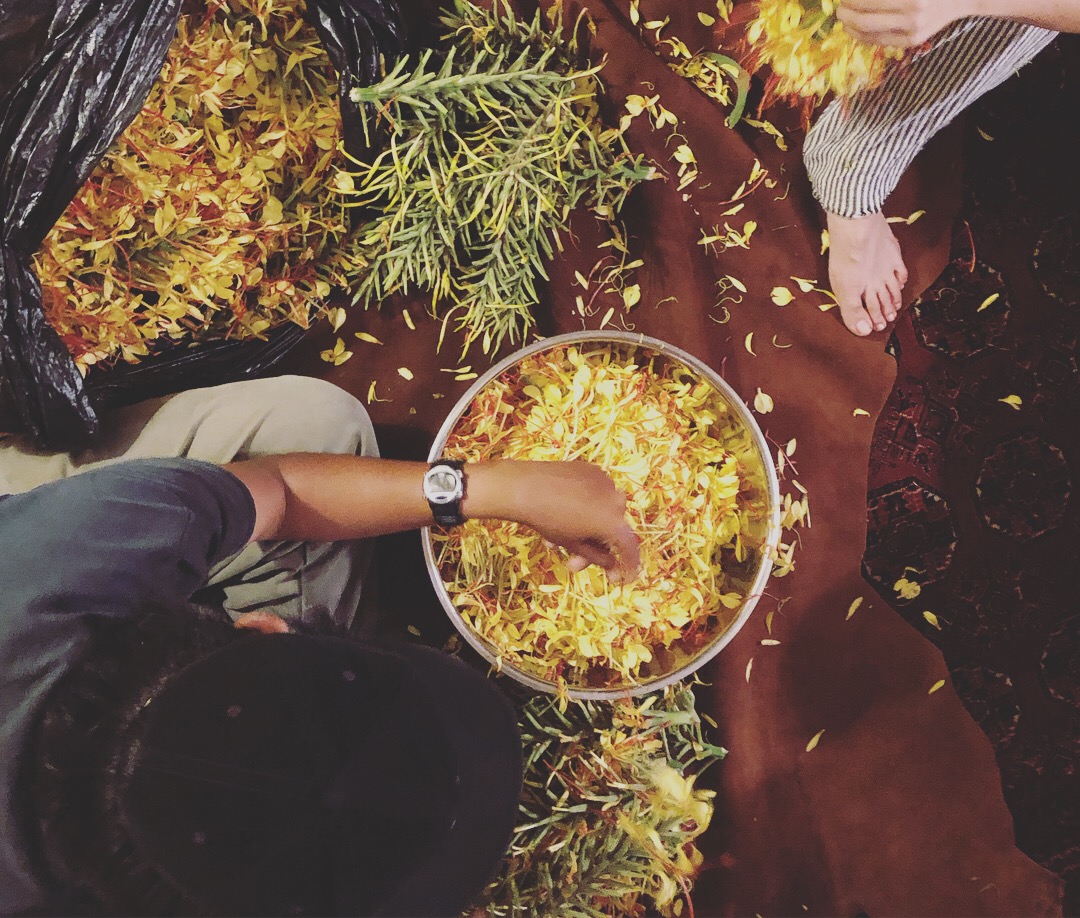 Pulling kāhili ginger flowers off of the flower head is usually done while watching a movie and talking story with friends and family. 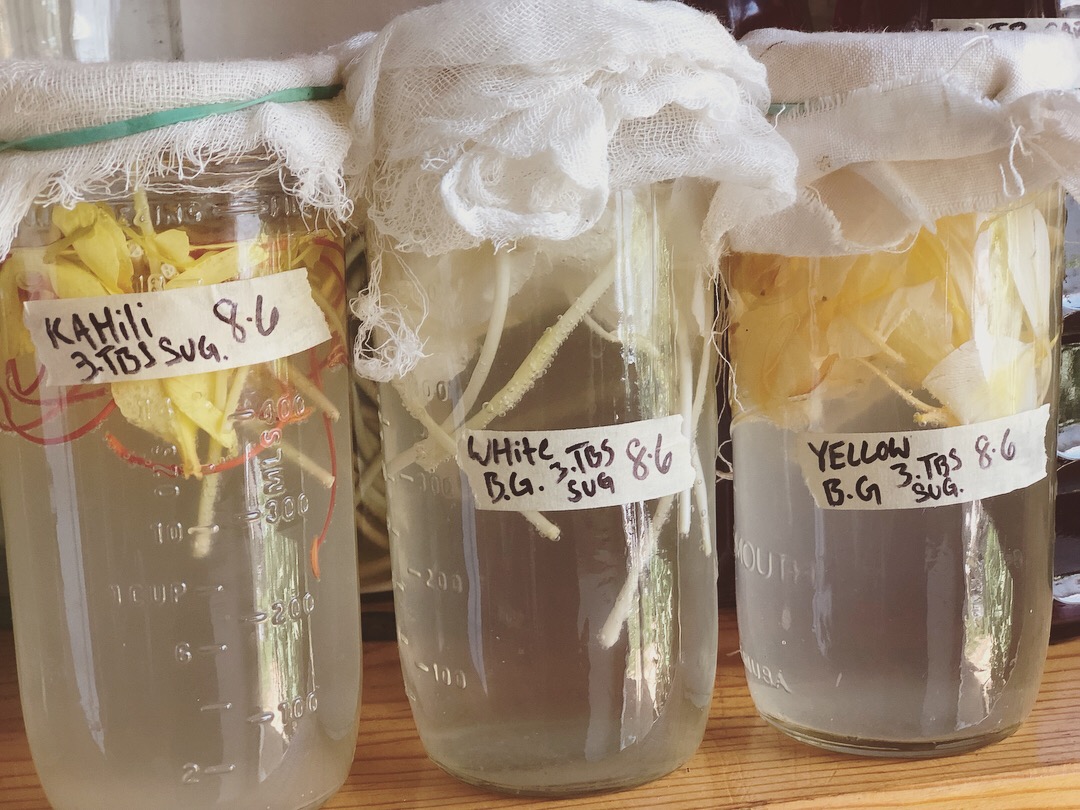 Butterfly ginger flower wild yeast starters. Kāhili (H. gardnerianum), white (H. coronarium), and yellow (H. flavescens) are often described interchangeably in literature on the essential oils, so we can assume that many of the same medicinal qualities also are present in kāhili (H. gardnerianum). 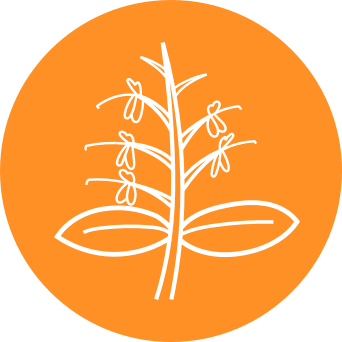 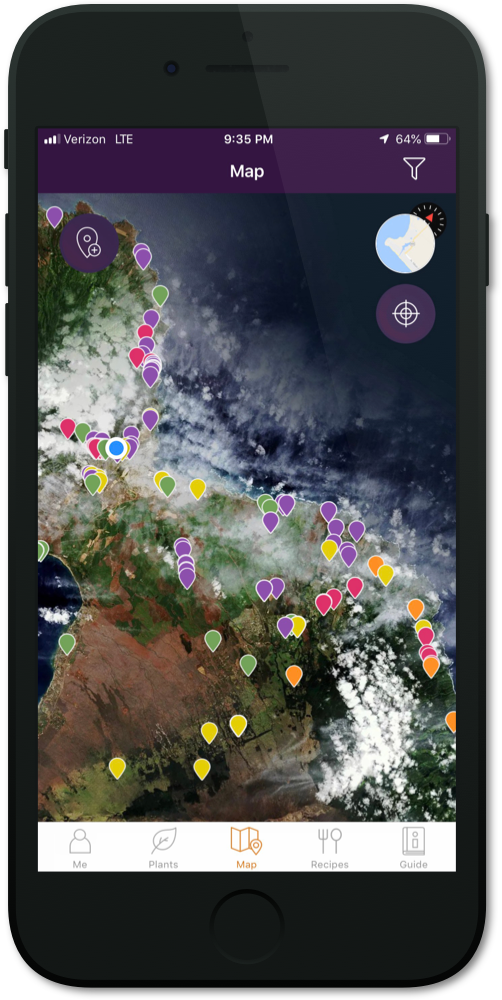 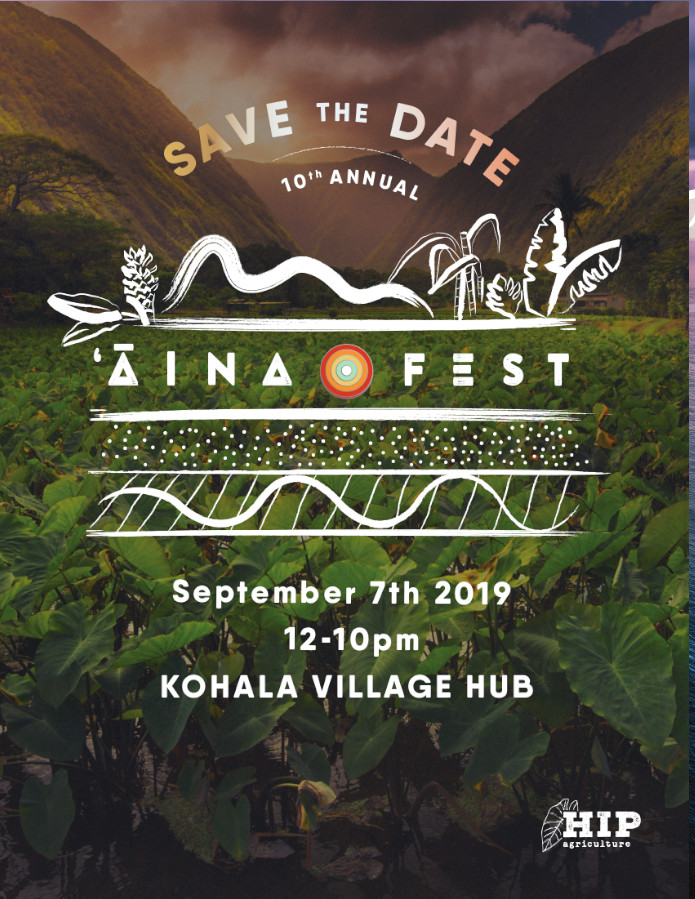 Hāwī is gonna get down! Am so jazzed to be a presenter at this years 10th Annual ʻĀina Fest on September 7th. My workshop will focus on the butterfly gingers, it's a theme right now, so come prepared to have their heavenly scent fill you up.

Please log in again. The login page will open in a new tab. After logging in you can close it and return to this page.